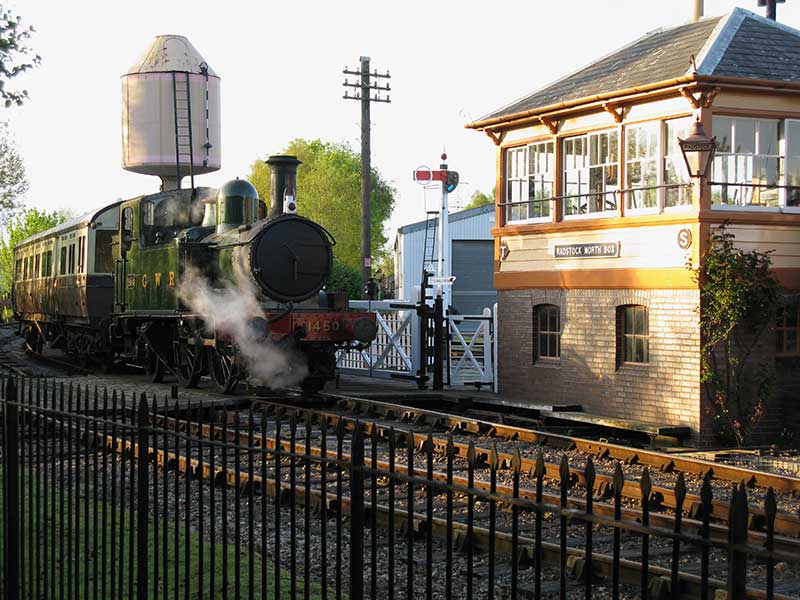 Radstock box houses its original double twist lever frame, relocked to work the layout at Didcot. Everything from the instruments on the Block Shelf down to the GWR First Aid Outfit have been carefully selected and restored to give a authentic GWR look to the interior, which we believe to be uniquely accurate in preservation. The presentation of the box, and indeed the approach generally taken at Didcot, is not for restoration to glistening museum standard, but rather to gleaming workaday. With the lever tops and the brasses highly polished, the combined smells of Brasso, floor polish and paraffin and the warmth generated by a cast iron stove fed with best Welsh steam coal donated by the locomotive department, who could doubt the authenticity?

Adjacent to the Box a level crossing has been recreated as it was at Radstock with the heavy wooden gates connected to a large hand wheel in the Box. The area around the crossing includes the Signal & Telegraph stores and workshop based around the corrugated iron former parcels store from Winscombe on the Cheddar Valley line. All the signals controlled by Radstock Box are of the wooden post type except for one very rare concrete post design. All the rodding, cranks and pulley systems are to GWR design, though close inspection will show that some of the equipment is marked BR (WR). The only difference between this and Great Western equipment is the marking itself - the design of the equipment remained the same many years after the GWR ceased to exist. 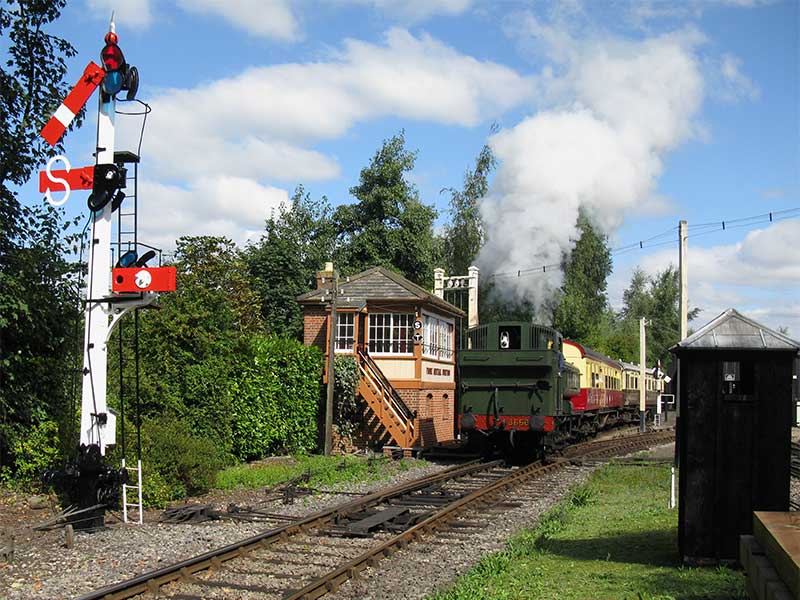 Frome North Box has been rebuilt to the condition it would have been in when new. Amongst other things this involved the reinstatement of the vertical boarding under the windows, replacement of the window frames with an earlier style and attaching individual cast iron letters to spell out the original name of Frome Mineral Junction. Inside, the 1870s box is spartan even by signalbox standards. The floor is of scrubbed wooden boards and the walls merely painted brickwork. The lever frame is of the stud locking type and originates from Stoneycombe Box on Dainton bank in South Devon. Behind it is a polished brass lever description board and above it the signalbox diagram.

The diagram is drawn in the older style using much more deeply coloured inks than were later used and also shows, if you look very closely, the presence of the third rail on mixed gauge sections of trackwork. The inventory of the box is completed by a clock, a couple of oil lamps and some rudimentary furniture, with a small contribution to comfort being made by the fireplace and to decoration by a somewhat faded picture of Queen Victoria. The instrumentation in the box consists solely of the block bell and a single-needle telegraph instrument. 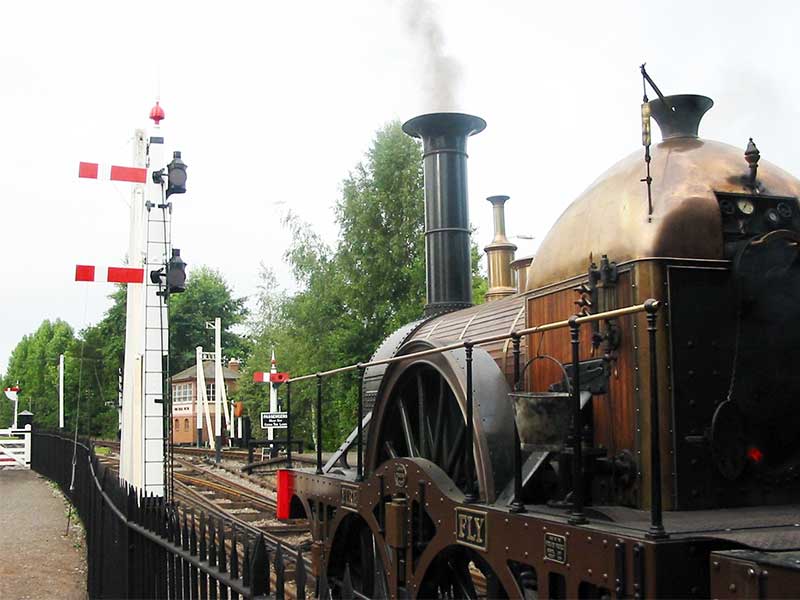 The signalling equipment worked by Frome cabin demonstrates GWR practice towards the end of the broad gauge period in the 1870s. In the absence of much original equipment from this period the majority of the equipment is inevitably replica, and we are indebted to the Science Museum (PRISM fund) for their financial assistance with this work. The most striking feature of the system is the overhead signal operating wires. The wires emerge from the box locking room at ground level as usual, but are immediately carried onto a huge timber gantry outside the box. From there they run out in a direct line on intermediate posts to the substantial 'A' frames where they come down to ground again and operate the signals. The signals operated by the overhead wire system are themselves unusual, dating back to the middle of the nineteenth century. Firstly, there is the disc and crossbar signal - the earliest type of signal on the Great Western Railway, The other signal operated by the overhead system is a twin-arm slotted post signal of the type supplied to the Great Western by Mackenzie and Holland and dating from the 1860s.

For more information on the signalling equipment see the Bristol Group's Website.

« Back To The Branch Line