A rare chance to see and ride behind three contrasting locomotives as 2999 “Lady of Legend”, recently-restored 1340 "Trojan", powerful visiting engine Lambton Colliery No 29 and pioneering diesel railcar the 81-year old No 22 will all be working passenger trains while a fourth steam locomotive is also expected to make an appearance on a goods train.

The award-winning 2999 entered service in 2019 following a 24-year project to recreate the elegant Edwardian engine; No 29 will be making her final appearance before returning to her home on the North Yorkshire Moors Railway; whilst 1340 is the oldest working Great Western Railway engine having been built in 1897 to work at Newport Docks in South Wales. The diminutive engine returmed to service earlier this year after an extensive overhaul costing around £200,000.

As well as taking a ride on the trains, you can see enginemen coaling the locos under the working Coal Stage, watch the engines being turned on the 70-foot turntable and, for those arriving early, witness the engines being readied for the day's duty in front of the original 1932 Engine Shed (book for a 9.30 or 10.00 arrival)

On site, you will find painstakingly restored buildings, carriages, and wagons and learn more about the development of railways and how they changed everyday lives Visitors will also have the chance to get up close to the locomotives in the spacious Engine Shed which has remained largely-unchanged since it was built in 1932. See the magnificent preserved locomotives - you can even climb onto the footplate of some! A leisurely walk or a trip on our branch line will take you to the Transfer Shed where you can see surviving track from Brunel's Broad Gauge railway with replica locomotives and carriages. 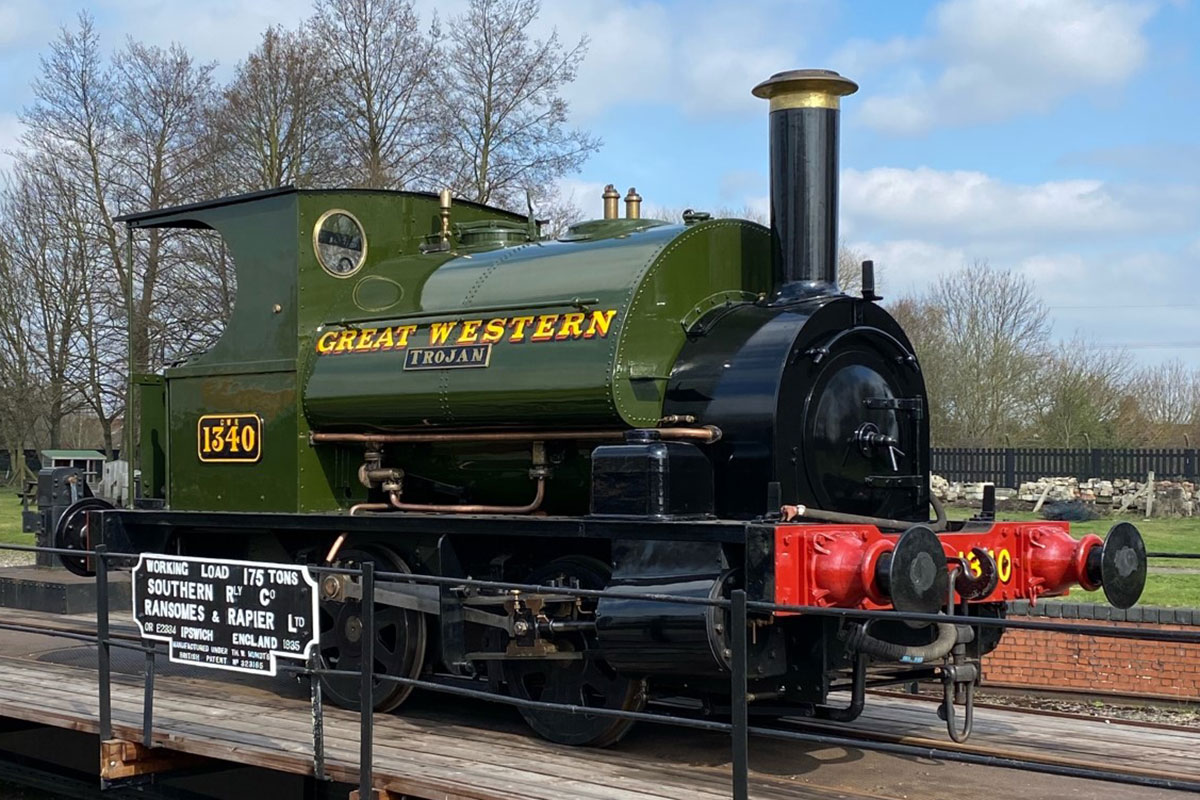