Testing the recall of our Blog readers, a very similar Blog title was used in August 2021 covering photographs of a spectacularly derailed GWR Auto Coach.

Necessarily such incidents were the stuff of emergency action by staff at many levels. In this case though, given thankfully it appears no public or staff were injured or worse, the very highest levels in the GWR Organisation were probably unaware of it, unless services were affected or great financial costs were incurred.

However, woe betide any Station Master who tried to cover up more serious events, as shown in the illustrated Staff Circular of December 1886 from on high, no less than the Superintendent of the Line then G N Tyrrell the most senior train Operating Officer on the GWR. Note that it was in itself a re-issue of the same circular of 1872, and that last paragraph shows the repeated threat towards GWR Station Masters, still clearly considered justified, to act correctly and openly or else!

The Norton Fitzwarren accident of 11 November 1890 when a broad gauge train from Plymouth collided with a standard gauge goods train.

The directive reflects that the crucial technology to be used for speed of that message up the management chain, was the telegraph, the GWR’s own communications network. Older generations will recall train journeys with the lineside view adorned by the regularly spaced telegraph poles with the “washing line” strands of copper wires sweeping down then up between them.

The Great Western Trust collection possesses many such accident instruction circulars to staff throughout the GWR’s existence. To prove just how important that recording of accidents was whether to staff or the travelling public, we have numerous official bound volumes of the reports of them from around October 1910 up to the early BR Western Region period. If resources, people and money, can be found, their vast social history content will we hope can be appreciated.

The Slough accident of 16 June 1900 when a westbound express ran into the rear of a local train headed to Windsor.

To give the harsh reality of some accidents, we illustrate just some of the official or contemporary published photographs of accidents on the GWR. All those reports, consumed great staff resource and time and expensive repairs, all of which should have been avoided in so many cases. No wonder Sir Felix Pole the later GWR General Manager instituted the “Is it Safe” staff safety scheme that was then adopted across all the Railway Companies under the “Safety First” banner.

Broad gauge locomotive Rob Roy after an accident at Newnham, Gloucestershire, on 5 November 1868, during Tyrrell’s time as Superintendent on the Line. The telegraph lines over which messages would be sent reporting the accident figure prominently in the photograph.

A Locomotive Footplate Photo with a Difference!

Being of a senior age, the New Year has rather marched on and only our &lsdquo;Going Loco’ fellow Bloggers prompted us by resuming their Blogs on Friday last week. So its best we ‘Tuesday Treasure’ Bloggers, get active again, and so we hope you forgive our dalliance having studied this intriguing blog given its full background story.

Illustrated appears at a glance, an ordinary posed photograph of two very smartly dressed footplatemen on a GWR Loco, though both we must reflect have the then popular clipped moustache, made infamous in WW2 by Hitler, but that isn&rapos;t the central discovery!

The photo itself came to the Great Western Trust through a most generous donation of the grandson of the fireman in the photo, one Henry Charles Saunders, as part of a large archive of his grandfather’s GWR employment papers and photos, discovered in the attic of his mother’s house! Mr Saunders worked on the GWR for 45 years, sadly dying whilst still employed as a top link driver on BRWR in October 1961. His collection is of great significance given the career it covers.

Returning to the photo illustrated, it was clearly an important family heirloom as it's a print once pasted onto a stiff card, and probably once framed and displayed in the home with pride.

The crucial detail in the photo, which we regret given its age is rather faded, is that the GWR Dean Goods locomotive has no brass cabside numberplate, but only very faded painted numbers in its place. Why so?

Many GWR Dean Goods locos were known to have been sent to France and even further into Europe during WW1 as part of the logistical support given to the British Army Railway Operating Division (ROD), and it would appear that their brass cabside numberplates were removed beforehand as brass of itself was a highly valued and reusable material at Swindon for the armaments that the then War Ministry contracted the GWR and other Railway Company works to produce for the war effort. Frankly, no one could guarantee that these locomotives sent to ROD would ever return!

The loco 2489, is recorded amongst its peers in the ROD, in the RCTS Locomotives of the GWR Part 4 volume, where their lack of cabside plates is detailed. It would seem that due to post-war materials shortages, some returned engines had to wait up to two more years to receive replacement cabside plates.

The wonderful Great Western Society (GWS) locomotive collection at Didcot, includes our very own WW1 ROD loco No 5322, one of Churchward's finest workhorses which joined the older GWR Dean Goods locos in that effort. Do come to Didcot to admire this engine which happily survived both World Wars and was crucially saved from Barry Scrapyard through the diligent efforts of the GWS. 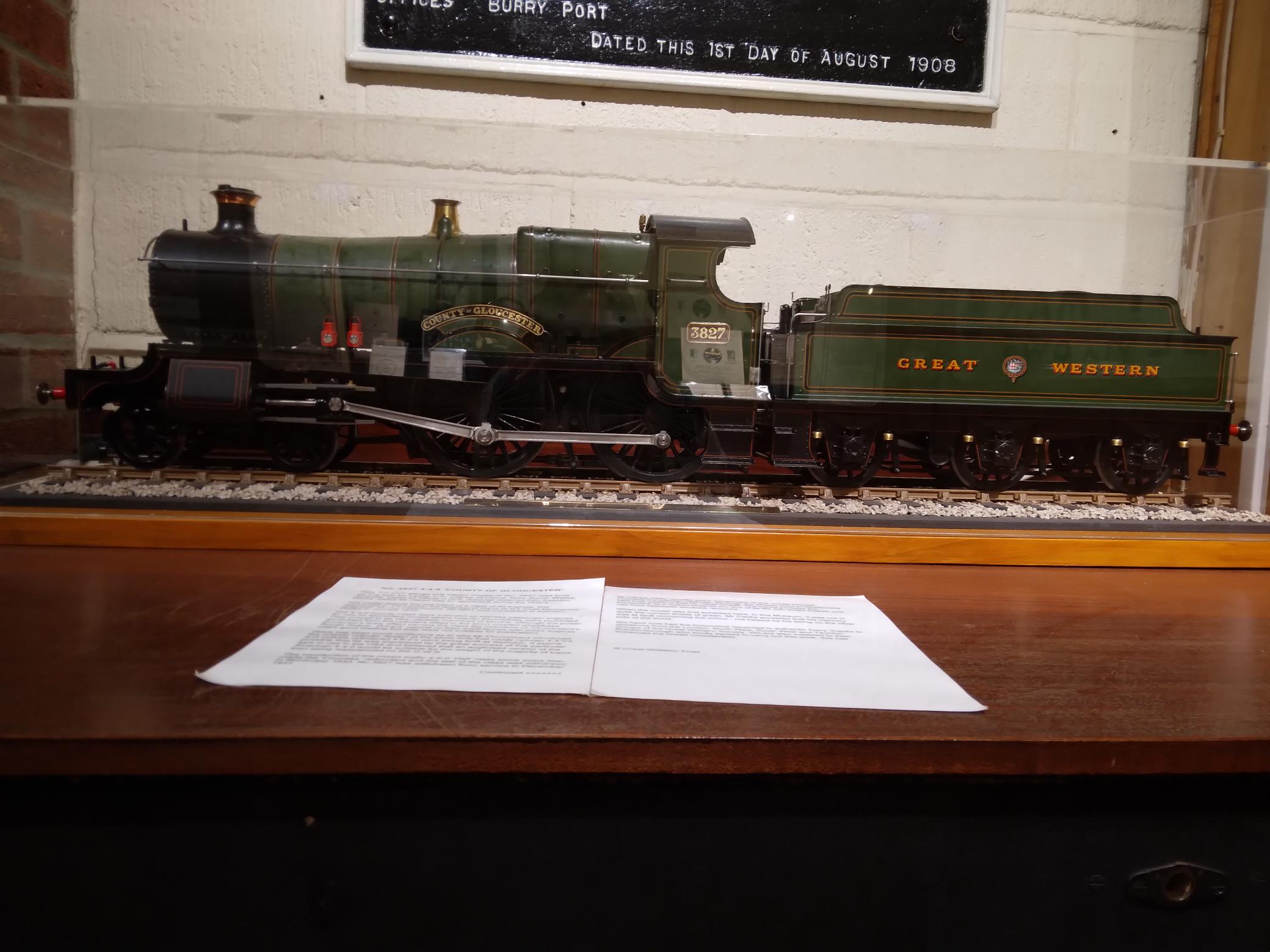