The London Division news journal was issued to cover staff recreation, new developments and general railway interest. This British Railways Western Region edition from July 1961 is very relevant as it includes an article on a “Supper and Social at Didcot” held in aid of the Didcot Railway Benevolent Fund at the Didcot Staff Hostel. The highlight was singing to the piano accompaniment of 92 year old Jim Gardner who in 1883 at the tender age of 14, had joined the GWR at Didcot, working for 6 months without pay, but going on to retire after 46 years service! His son was then signalman at Didcot West End Box!

A career on the railways was still an attractive one justifying the cover picture of a recruitment event in Ealing Town Hall. Aren’t those schoolboys smart and very attentive?

This week, is English Tourism Week and with many of us hoping to plan staycations this year, today’s Tuesday Treasures looks back to the days when a portmanteau was the bag you took with you on holiday rather than the type of word used to describe it!

In the Edwardian era, once the GWR had completed its vast network and had created accelerated services through heavy investment in “cut-off” lines, it began a massive campaign to exploit the holiday and tourist traffic potential of the areas it served. Not least the West Country, Cornwall, Devon & Somerset.

Starting in 1906, it published its “Holiday Haunts” book annually, which contained both topographical information on the counties and towns and villages covered but also helpful adverts on residential accommodation, from Hotels to Guest Houses. It became so popular, that at its peak, circulation approached 200,000 copies, each of 1,000 pages at 6 old pence. The very last issue of 1947 is one of the two illustrated, after which under Nationalisation the British Railways Western Region and all other regions issued BR Holiday Guides until their demise with the 1962 issue.

As part of their highly effective publicity drive, the GWR introduced the “See your Own Country First” poster, comparing Cornwall with Italy, and their striking logo “The Holiday Line”. So important was this whole initiative, that a large contigent of their publicity department staff became established to ensure each year, Holiday Haunts was accurate and attractive. They even advertised in the Times, Holiday Haunts express trains from all over their system, by which prospective holidaymakers could travel between April and June, at one fifth of the ordinary fares to their intended location to explore and possibly pre-book accommodation!

So, just as Visit England rightly encourages us to use Summer 2020 to explore this country’s delights, they could do worse than employ the GWR’s highly successful message “See your Own Country First”!

The Great Western Trust Museum at Didcot holds a complete set of all the GWR Holiday Haunts publications and its BRWR successors. They are a treasure trove of UK social history, far beyond their railway association.

The Holiday Haunts Express May 1933 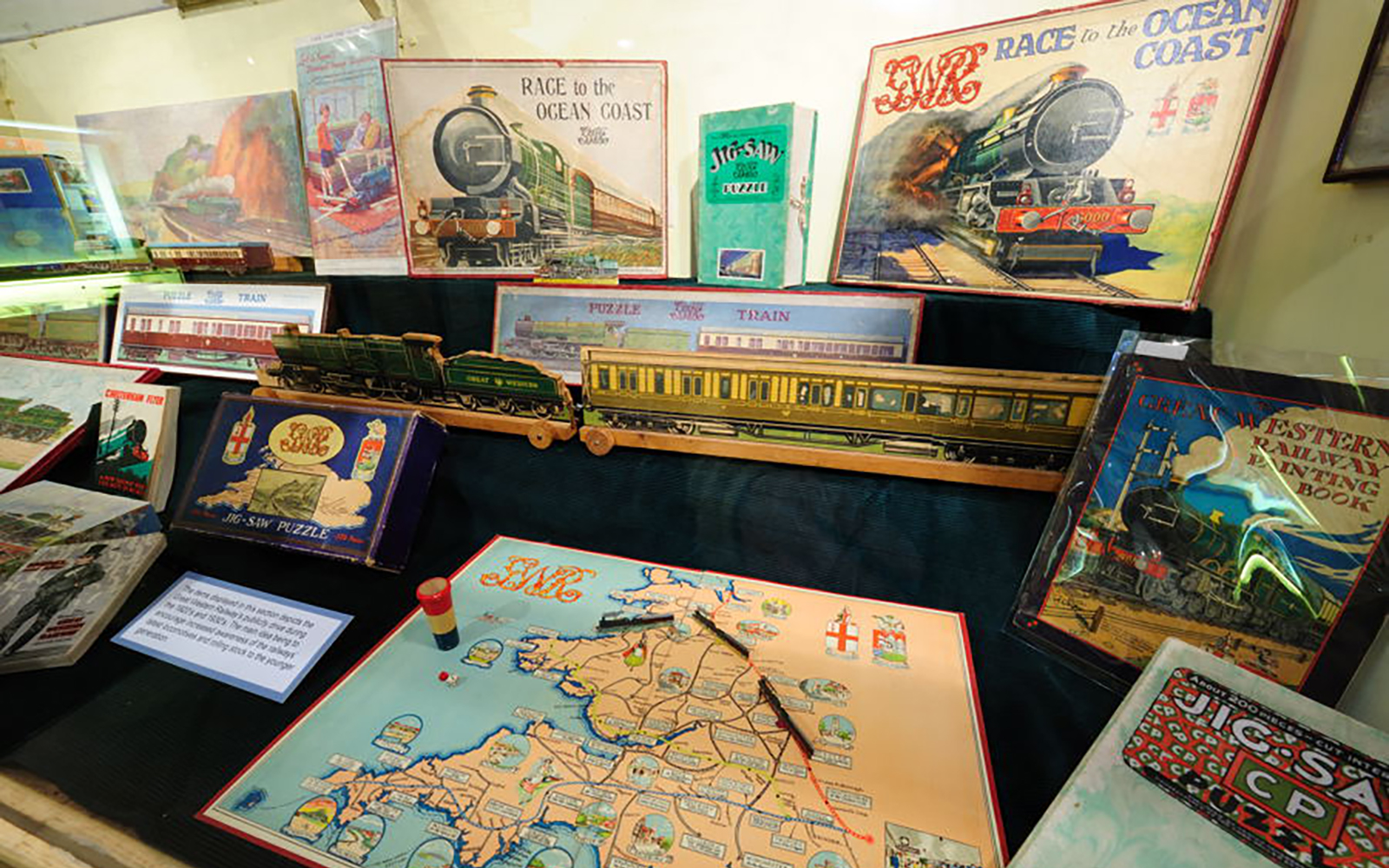