With a collection of locomotives dating from Victorian times to the 1960s, there's plenty to discover. 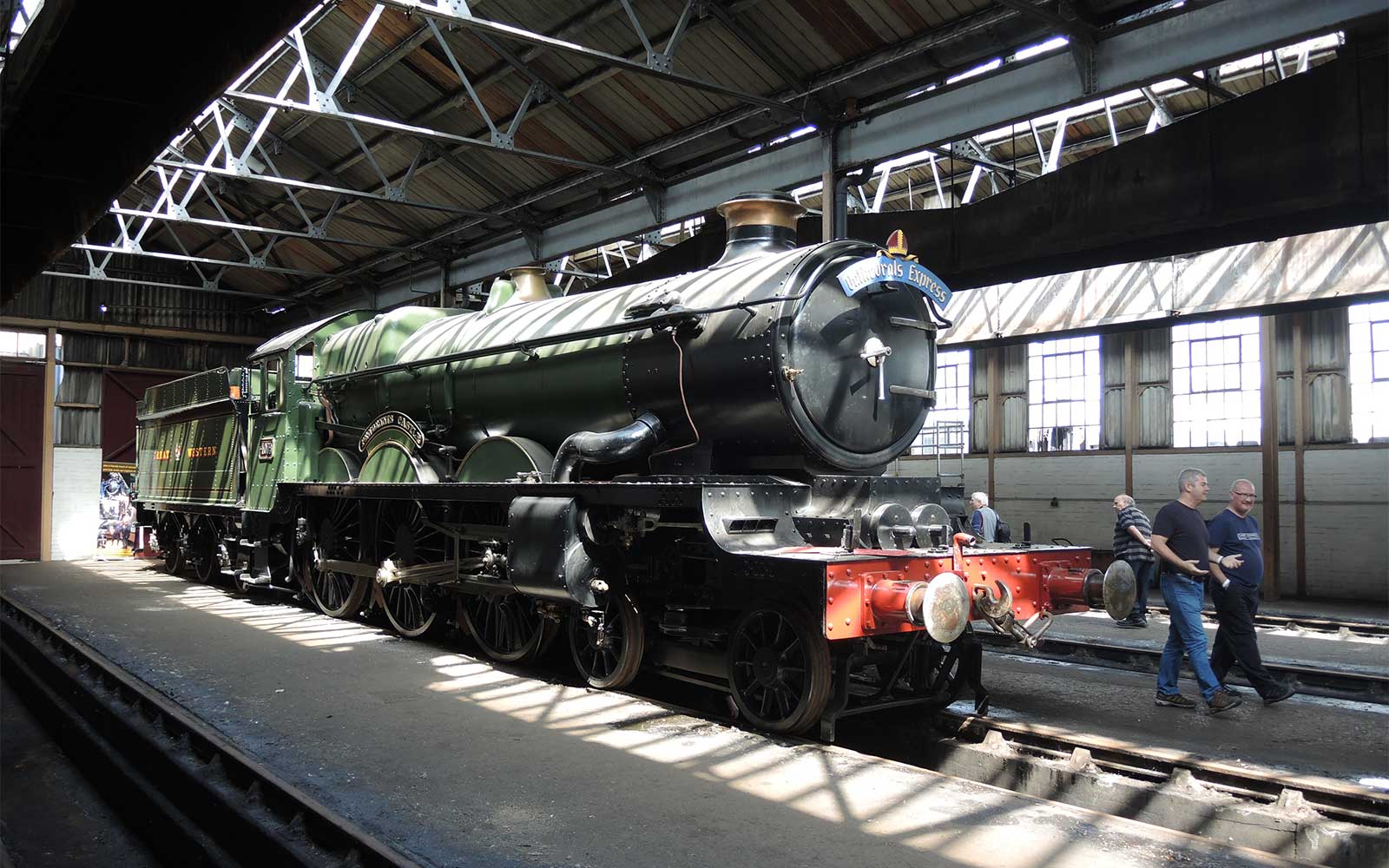 This week’s blog looks at the parts we maintain and look after to keep our locomotives steaming.  Many of them bear identification numbers. Some are just casting or mould numbers and the like but the interesting ones are the locomotive numbers that are stamped onto the components. Sometimes there are loads of them. Crossed out again and again. They are there to keep the part with the locomotive - especially when repairs are being done - but why so many different numbers? Surely this means that idea failed?! To understand why they are there, we need to look at how the GWR looked after its steam engines.

One of the reasons that steam engines were dropped in favour of diesel and electric locomotives is the sheer amount of maintenance required to keep them going. They required frequent visits to the loco works to be kept in tip-top condition. When they were sent was based on either mileage or time.

When a serious rebuild fell due, it meant stripping the loco right down to its constituent parts. To the bare frames. The frames are where the identity of the engine lies so things like tenders, boilers and so on were replacement parts. Tenders had their own works and the very next freshly overhauled example would be the next fitted to the loco as it left Swindon for testing. For most of the GWR standard types, there were also many more boilers than there were locomotives so there was little or no delay in waiting for a boiler. Old one off, new one on!

We now need to think about all the other bits, because parts do wear out. So, where items had worn out, new or refurbished components were fitted.  The Swindon works had a factory system constantly producing spares, so the throughput of the workshops was not delayed. Worn parts went back into the system to be reconditioned and the next available ‘as new’ part was fitted. Each item might have been through the works more than once and this is why the parts start collecting engine numbers. The parts that seem to have the most numbers on them tend to be axle boxes. In fact, some of the recovered units being used on the replica of No. 1014 County of Glamorgan were actually once used on County Class locomotives! Take a look at the photos below of 1014's axleboxes to see just how many locos they have previously been used on.

The more engines there were in a class, the more the bits got moved around. During the overhaul of No. 4079 Pendennis Castle for instance, parts from over 25 different Castle Class locos have been discovered on the engine. There were once 171 Castles built and those that carried components now fitted to 4079 include the famous (but sadly no longer with us) No. 4074 Caldicot Castle and the now preserved No. 7029 Clun Castle.

Locos that are members of very small classes like No’s 1363, 1340 and 1338 tend to have less mix and match parts. In fact No. 1363 was one of a class of just 5 machines and they were only ever taken into the works one at a time. Therefore, the majority of her parts are stamped up with just her number.

This fine old GWR tradition lives on at Didcot to this day; the old, ‘A’ size valve heads from No. 5051 Earl Bathurst were put into store after that loco had its valves bored out to the larger ‘B’ size. These will be used by Pendennis Castle as her new valve liners have returned all her valve sizes to the as new ‘A’ size.  So, next time you see one of our locomotives up close, take a good look at the component parts and you may discover that they have a history far beyond the engine they have been preserved as part of. . .

How many numbers can you spot on the axleboxes from 1014 County of Glamorgan?  And do you know the classes of locos they were previously used on?

The Centre is home to several remarkable locomotives and a replica dating from 1985 might not at first glance fit that description.  But the recreated “Iron Duke” fashioned largely using parts from two Hunslet Austerity 0-6-0 saddle tanks which started life looking like the locomotive below!  (No 23 survives and is seen in action on the Kent & East Sussex Railway).

The remarkable transformation resulted in a replica of broad gauge 4-2-2 ‘Iron Duke’ and was commissioned by the Science Museum for the 150th anniversary of the Great Western Railway and built by Resco (Railways) Ltd.   It is based on one of the first batch of the 29 strong Iron Duke class which was built in 1847 and withdrawn in 1871.

The first event of the 1985 GW150 celebrations took place 35 years ago today, on 3 April 1985, when the replica locomotive was formally named by His Grace the Duke of Wellington at a ceremony by the Albert Memorial in Kensington Gardens, London.

The Duke was a descendant of Arthur Wellesley, the first Duke of Wellington who defeated Napoleon at the Battle of Waterloo in 1815 and acquired the nickname Iron Duke during his time as Prime Minister in the 1820s.

The event featured ‘Iron Duke’ in steam and running on about 150 yards of track which had been laid by BR Western Region engineers. The locomotive was subsequently displayed at the National Railway Museum and toured a number of heritage railways.

The locomotive is now housed in the broad gauge Transfer Shed at Didcot, on loan from the National Railway Museum.

There's nothing more quintessentially Great Western than a green pannier tank at the head of a local goods or working a short passenger train on a bucolic branch line.  While some appeared in black in GWR days, more were similarly liveried under the auspices of British Railways and several sported distinctive London Transport maroon when they were sold to that network but very few panniers appeared in blue!

Our first Going Loco blog focuses on one such rarity, 3650 which is amongst the collection Didcot. Following withdrawal in 1963, the engine was purchased by Stephenson Clarke Ltd, a private colliery operator at Gwaun-cae-Gurwen in South Wales, and painted in their distinctive blue colour, complete with bright red lettering! The guise was recreated for the loco's running in turns in 2008 after a major restoration lasting some 20 years.

Later repainted into the more familiar green livery, the loco was a regular performer until 2016 and is currently undergoing overhaul in our workshops.

The team overhauling 3650 have compiled a photographic history of the locomotive, with an emphasis on her time at Didcot which gives an insight into the work required to keep our historic locomotives in action, and is an ideal way of discovering more while staying at home. Download 3650 Then & Now (1.6 MB .pdf file).

Check the 3650 group's Facebook page for the latest updates.